When I first mention in conversation that I am writing about how certain foods work against cancer, a common response is, “Oh yes … antioxidants.”  Everyone seems to know the word and that we need plenty of them to be healthy. I then point out that there are many other ways in which plants fight cancer. Antioxidants are important but they are not the only factor.

Oxygen is very reactive, and its reactions produce “reactive oxygen species”, including “free radicals”. These can cause damage to cells and DNA. Oxidative damage to DNA can cause cancer. Plants are rich in antioxidants to protect themselves from the by-products of photosynthesis. When we eat plants, the ingested antioxidants aid our internal systems, too.

Other components that block cancer

Perhaps the best known antioxidants in food are vitamin C and beta-carotene, but another favourite is ellagic acid in blueberries. These all directly mop up or “scavenge” the dangerous free radicals. However, there are a number of other elements in berries which work against cancer including anthocyanins, pterostilbene, quercetin, carotenes, and selenium.

The fact that other anticancer mechanisms are at work has been shown by comparing the effectiveness of vitamin C (an antioxidant) with raspberries. The raspberries were used at a concentration where they had less antioxidant power than the vitamin C, and still the raspberries were more effective than vitamin C against cancer cells. This demonstrates that there is more than just antioxidation going on. In other words, there are other components in raspberries that are blocking cancer (although the antioxidation helps too). Plants contain a variety of phytochemicals with very specific actions. If it was only the antioxidant power that mattered, you could just “dial up” a certain amount of antioxidants in your diet, such as deciding to always eat six prunes for breakfast. On the contrary, we should eat a wide variety and good quantity of other fruit and vegetables to receive exposure to as many potentially helpful nutrients as possible.

Berries that have been studied

Berries that have been studied for their anticancer properties include raspberries (black and red), blackberries, blueberries, cranberries, strawberries, and elderberries.

Interestingly, the less popular berries are actually more nutritious. For example, black raspberries are more seedy and less juicy than blackberries and are therefore less popular. However, the black raspberries contain more anthocyanins (as displayed by the darker skin) and probably more ellagic acid (being more seedy), and will be more effective in blocking cancer. In general, much has been lost in the process of selective farming which favours appearance, texture and sweetness over nutrition.

Ellagic acid is found mainly in the pulp and seeds of the berry. There is only a little in the juice. So don’t just rely on drinking juice! 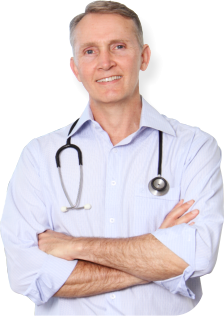